Following figure represents one of the simplest jobs you could have — a data source, a Transformer (conversion) stage, and the data target. The links between the stages represent the flow of data into or out of a stage. In a parallel job, each stage would normally (but not always) correspond to a process. You can have multiple instances of each process to run on the available processors in your system.

A parallel DataStage job incorporates two basic types of parallel processing — pipeline and partitioning. Both of these methods are used at runtime by the Information Server engine to execute the simple job shown in Figure 1-8. To the DataStage developer, this job would appear the same on your Designer canvas, but you can optimize it through advanced properties. 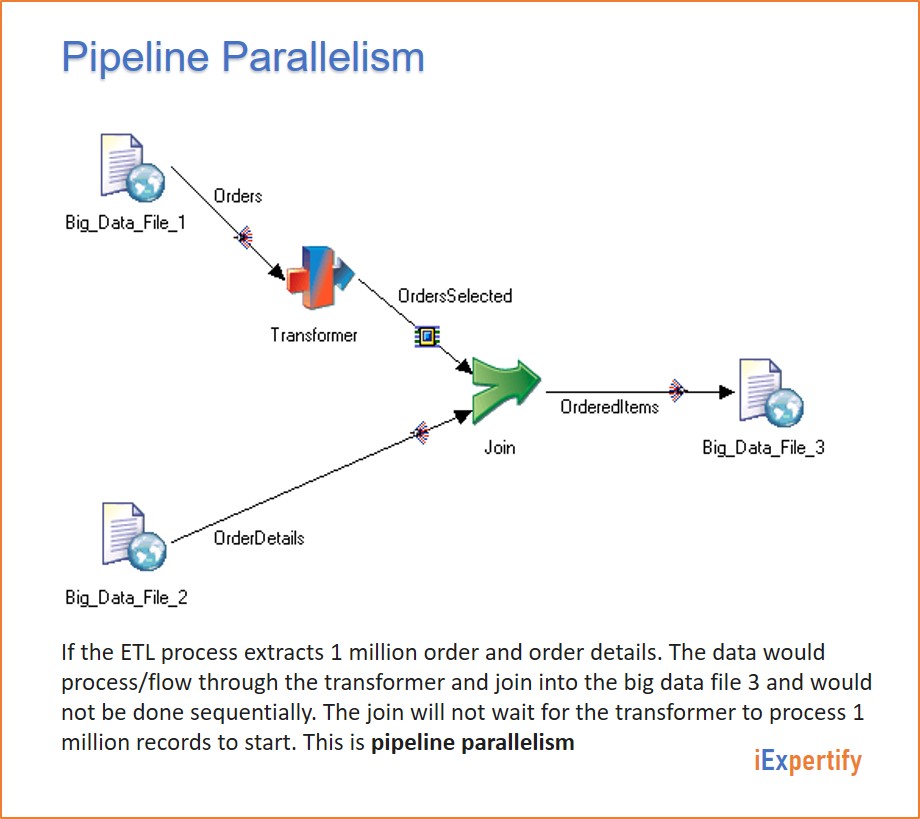 If you ran the example job on a system with multiple processors, the stage reading would start on one processor and start filling a pipeline with the data it had read. The transformer stage would start running as soon as there was data in the pipeline, process it and start filling another pipeline. The stage writing the transformed data to the target database would similarly start writing as soon as there was data available. Thus all three stages are operating simultaneously.

Partition parallelism
When large volumes of data are involved, you can use the power of parallel processing to your best advantage by partitioning the data into a number of separate sets, with each partition being handled by a separate instance of the job stages. Partition parallelism is accomplished at runtime, instead of a manual process that would be required by traditional systems.

The DataStage developer only needs to specify the algorithm to partition the data, not the degree of parallelism or where the job will execute. Using partition parallelism the same job would effectively be run simultaneously by several processors, each handling a separate subset of the total data. At the end of the job the data partitions can be collected back together again and written to a single data source. This is shown in following figure. 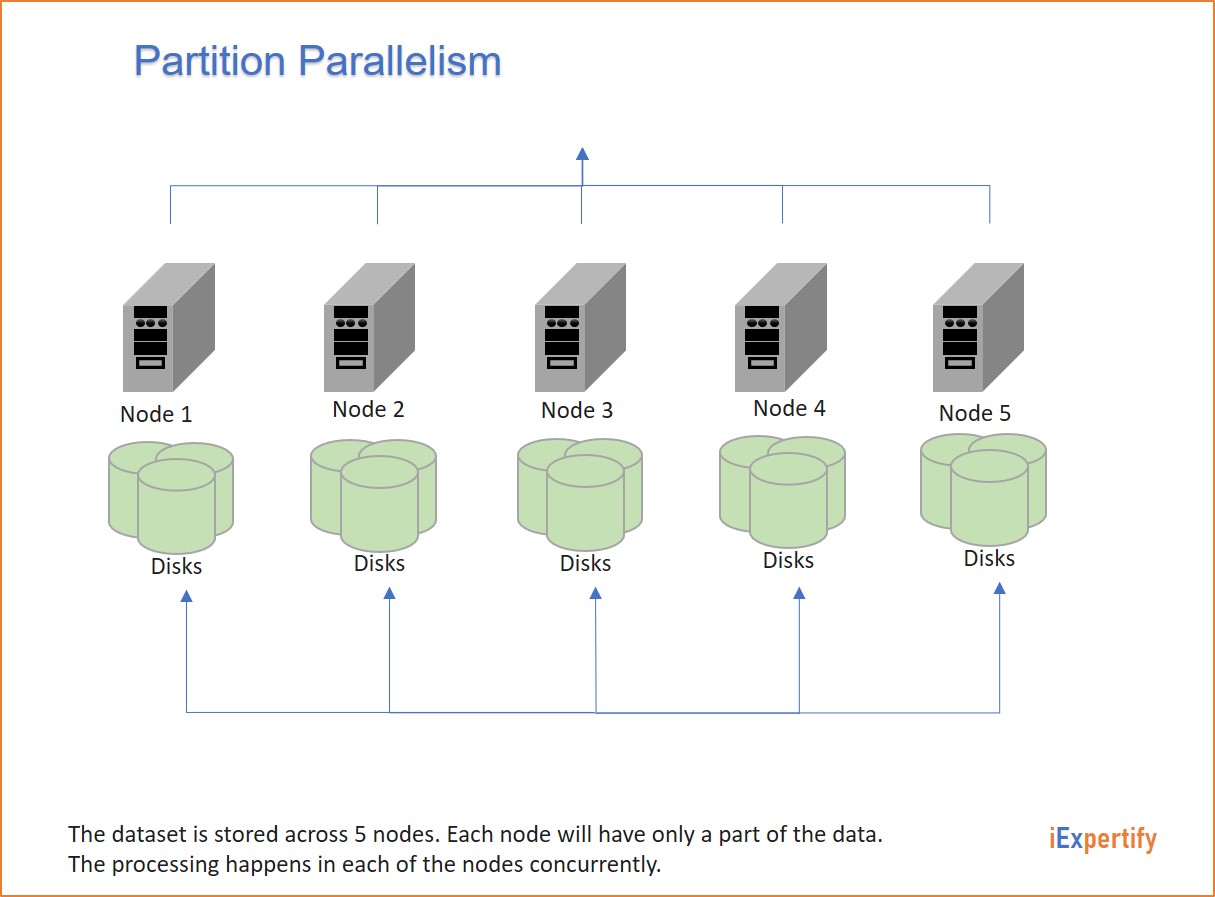 Attention: You do not need multiple processors to run in parallel. A single processor is capable of running multiple concurrent processes.

In some circumstances you might want to actually re-partition your data between stages. This could happen, for example, where you want to group data differently. Suppose that you have initially processed data based on customer last name, but now you want to process on data grouped by zip code. You will have to re-partition to ensure that all customers sharing the same zip code are in the same group. DataStage allows you to re-partition between stages as and when necessary. With the Information Server engine, re-partitioning happens in memory between stages, instead of writing to disk.